Timothy Goodman & Jessica Walsh, Digital Kitchen, Mucho or Cocolab head up the lineup, which includes talents from all over the world

On April 17th and 18th, the Sitges Next – International Festival of Innovation in Communication and New Media will be bringing together both national and international famous industries and creative talents, at an essential event for those lovers of communication, emerging talents, entrepreneurship in new media and the new media society.

Sitges Next’s lineup consists of eight conferences and two workshops, offered by world-class professionals. Timothy Goodman and Jessica Walsh arrive direct from New York with their dating experiment, 40 Days of Dating; the Digital Kitchen agency will be presenting Stanley, the piano that interacts with the general public through Twitter; Filipe Carvalho will explain the tribute to manga Ghost In The Shell, the international group project done along with Ash Thorp; Hungry Castle will be bringing their Cool Shit, a combination of fashion and public art, and Cocolab and Pedro Reyes will be talking about Disarm, an orchestra built from decommissioned weapons in Mexico.

The Wieden+Kennedy agency´s conference, initially programmed for the Festival, has been cancelled due to reasons beyond the organization’s control. Taking their place is the Mucho studio that, with a long track record, has known how to make an international impact on the world of branding. Other emerging talents will also be featured like Mau Morgó, creator of the credits for Sitges Next, or the Brosmind brothers, with fresh, innovative creative proposals. In short, Sitges Next will be a celebration of creativity.

The Sitges Next advisory board is made up of the Sitges Town Council, the Institut Català de les Empreses Culturals (Catalan Institute of Cultural Enterprises), the Col·legi de Publicitaris i Relacions Públiques de Catalunya (Catalan Association of Publicists and PR People), the Associació Empresarial de Publicitat (Corporate Advertising Association), Mobile World Capital Barcelona and the Blanquerna Communication Department, and with the collaboration of the Corporació Catalana de Mitjans Audiovisuals (Catalan Corporation of Audiovisual Media).

The Sitges venues dedicated to the Festival will be the Prado Cinema, the Medium Sitges Park Hotel and the Palau de Maricel, three locations in the very center of town. One day tickets, two day passes and tickets for the workshops can be purchased at the official website www.sitgesnext.com. 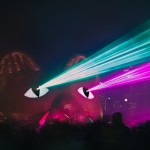 Sitges Next rewards talent and innovation in communication 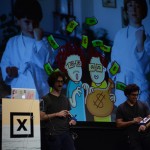 Sitges Next applauds the creativity and talent in its zero edition