The renowned creative director Edu Pou, from Here Be Dragons, and Contagious Communications, hand in hand with Stephane Scheyven, will be offering presentations at the Festival

The cutting edge of innovation will be at Sitges Next with the presence of two leading names in their respective areas, Here Be Dragons and Contagious Communications. They are the first two speakers in the lineup for Sitges Next 2017, which will be taking place in this Catalan town on May 5th and 6th.

As one of its attractions Sitges Next 2017 presents Edu Pou, executive creative director at Here Be Dragons, the studio specializing in virtual reality that’s behind some of the best immersive productions in the world. Pou is one of the most important figures in advertising innovation, a jury member and a speaker at the most prestigious events in the world.

His career has taken him from his native Barcelona –where he worked at Briefing and DoubleYou– to becoming a part of the digital team managed to get CP+B nominated as the best digital agency at Cannes 2004. For seven years Pou was also the creative director and director of innovation at Wieden+Kennedy Amsterdam; most recently, he was general creative director at The Barbarian Group in New York, where he currently resides. His work has been acknowledged with more than a hundred awards at important international festivals like Cannes Lions, One Show, CLIO, FIAP or El Sol.

The Here Be Dragons studio, with headquarters in New York, Los Angeles and London, uses its own tools and technology to create unique virtual reality experiences like The Displaced, for The New York Times; the first episode of the new season of the series 24: Legacy or, more recently, the original series dedicated to innovation called The Possible, with Within, Mashable and General Electric. Here Be Dragons boasts a prestigious team, headed by its founder Chris Milk, leader both in the creative industry of publicity, as well as the creation of music videos, films, theater, design, photography and art.

Contagious Communications, with headquarters in London, New York, Singapore, Sao Paulo and Portland, provide tools to agencies and brands around the world to achieve excellence in creative marketing through their research platform, consultancy firm, quarterly publication and own events.

Machine learning is probably the most important macro trend of the next decade and is seen more and more in businesses from a large variety of sectors, including entertainment, retail and even nutrition. Contagious, through their European business development manager, Stephane Scheyven, will be visiting Sitges Next to reveal to us how this new technology can make an impact on the way businesses work and advertising is created.

The first two names from Sitges Next 2017’s lineup are the kickoff of an inspiring program that will cover important subjects in present-day innovation, from machine learning and immersive experiences to the creative use of data or the impact of the maker movement and 3D and 4D printing. Over the next few weeks, the organization will release the names of the other speakers. Likewise, campaign entries for Sitges Next commenced last week. 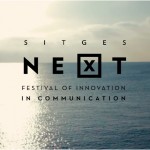 Sitges Next adds an honor roll, which will select and present awards for the best works in innovation