Digital art, the new creative processes, local manufacturing, virtual reality and the multiple shapes innovation takes in communication were the focus of the second and final day of Sitges Next 2017. This afternoon the Festival, that was attended by 300 professionals, presented the Next to Watch 2017 awards, a selection of the best works in communicational innovation.

The second day of Sitges Next 2017 began with the workshop La innovación creativa contra los robots malvados (Creative innovation against evil robots), offered by Tomás Ferrándiz and Ximo Villalba, professors at the Barcelona School of Creativity. For three hours, the participants tested their creative ability through different exercises and challenges.

Klaus Obermaier -digital artist, director, choreographer and composer- opened today’s presentations with Interactivity: a dialog between human and the digital system, a surprising journey full of visual energy that formulated the relationship between human beings and digital systems.

“The future is an idea of the past”. With this forcefulness, Tomás Díez, director de The Fab City Research Laboratory and co-founder of The Fab Lab Barcelona, began his session The revolution of digital fabrication technology: from consumers to co-producers. Díez stated that “through the use of digital tools, we can change reality”.

Brian Williams, executive creative director at the British agency Karmarama, tried to find the true definition of innovation during his presentation Enabling innovation, If that’s possible, which It might not be and he called out to traditional advertising agencies to delve deeper into new creative territories.

In the afternoon, the Hamill Industries studio, represented by their partner and founder, Anna Díaz, offered the presentation Procesos de creación audiovisual fuera de lo común (Uncommon audiovisual creation processes). “We always think about the spectator, we want him or her to be thrilled and have fun”, Díaz explained, in reference to the projects where they take the digital world to the real world.

The Sitges Next 2017 presentations ended with Realidades alternativas: de la evasión a la empatía (Alternative realities: from evasion to empathy) –one of the most eagerly awaited sessions- offered by Edu Pou, executive creative director at Here Be Dragons. Pou referred to virtual reality as “the ultimate media”, through which spectators are deeply and intimately reached.

In two days, the third Sitges Next has enjoyed a total of ten presentations and two workshops featuring top level professionals, and has consolidated a campaign contest that has acknowledged the most innovative pieces in the field of communication from the national scene.

Sitges Next 2017 delves into the communication of the future 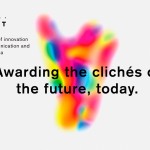 The Sitges Next 2016 campaign, created by China, wins a Golden Laus Award