The Sitges Next 2016 campaign, created by China, wins a Golden Laus Award

Clichés, the graphic image campaign created by the China agency for Sitges Next 2016, was the winner of a Golden Laus Award in the Advertising category.

Awarding the clichés of the future, today was the slogan of the Sitges Next innovation festival campaign, for its second year in 2016. It is a piece that managed to transmit the festival’s philosophy: a look to the future, which serves as a source of inspiration for communication creatives and professionals. The art director of the campaign is Antonio G. Cárceles and its creative directors, Rafa Antón and Miguel Ángel Duo. China is also responsible for the image of the Sitges – International Fantastic Film Festival of Catalonia, with which it has also obtained different awards and prizes.

The Laus Awards, celebrating their 47th anniversary this year, acknowledge the best projects in more than fifty sections, divided into five categories, and they promote design, its cultural and economic importance for society and support the professional environment. 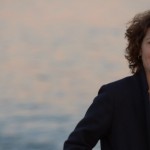 Blanca Fullana joins Sitges Next 2018 as its curator