Sitges Next 2018 reflects on the future of communication

For two days, more than thirty experts address the question ‘What’s Next’? in communication and advertising

Innovation invades Sitges. The 2018 Sitges Next Festival has fired the starting shot for its fourth edition. The competition, taking place today and tomorrow at El Retiro, is the stage for presentations and round table discussions focusing on the latest trends in communication in the automobile, banking, music, and tourism industries.

The Festival kicked off with the opening presentation by Ed Lovelace, from Pulse Films D.A.R.Y.L, the agency in charge of the spectacular campaign Human Made Stories for Volvo. Lovelace maintains that “the message gets through better as a film than as a conventional commercial”.

Next, it was the turn for presentations and the round table from the automobile industry, moderated by the journalist Bàrbara Arqué. Some of the topics discussed were the interaction between digital technology and virtual reality or the innovations of a sector that is undergoing a process of transformation. Manel Garcés, from Seat, spoke about automobile design with CGI technology; Carles Alcon and Jesús Díaz presented the successful campaign Por siempre jamás (Forever and Ever), by Audi; Virginia Palacios, from HP, commented on the challenges the sector is facing, and José Miguel García Guirado presented the new Automobile Barcelona motor show.

Banking, another benchmark industry when it comes to innovation, was featured during the second part of the morning. There was a presentation of the ALMA project by “la Caixa’s” Obra Social (Social Work) and &Rosàs; Enric Llopart, from Tribal Worldwide, interacted with the audience concerning the new digital experiences; Xavi Gassó, from Banc Sabadell, pointed out that “people don’t go to the bank anymore, they want the bank to anticipate their needs”; Yolanda Pérez and Marc Elena presented a case study of Banc Sabadell’s investment in the advertising startup Adsmurai, and Carlo Rombolá, who explained several examples of media experiences in the financial sector.

The Wolf, by HP, is the campaign that closed the morning’s presentations, presented by Vanessa Ribeiro and Adam Wiese. A spectacular story about taking printer security seriously, starring the actor Christian Slater.

The soundtrack for Sitges Next was orchestrated by the presentations focusing on the music industry, offering a wide variety of innovative experiences. The origin of the In-Edit Festival, with Uri Altell; comparing an advertising campaign with a rock group, by Jordi Ballera: “You have to manage to make your brands tattoo-able”; communicating with fans through Fangazing with Oriol Bonet; the art of monitoring emotions with Dani Pearson from Domestic Data Streamers; the crossroads between music and film through different formats, explained by Anna Mastrolitto from LiveSoundtracks, and the possibility of concerts on demand thanks to the Cooncert platform by Pau Corbalan.stal·lat un ‘ ofert un seva quarta edici

The Boomx Technologies company installed an MK Player360 immersive projector inside El Retiro, totally transforming a part of the venue where the presentations are being held.

The first day of Sitges Next 2018 was brought to a close with a party at the Club Nàutic Yacht Club, an ideal moment for networking and sharing experiences. Sitges Next is promoted by the Sitges Town Council, La Xarxa de Comunicació Local (The Local Communication Network) and the Cluster Audiovisual de Catalunya (Catalonian Audiovisual Cluster). 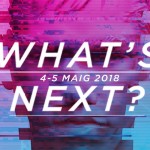 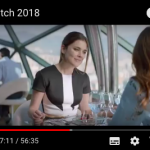