Sitges Next Adds New Names to its Lineup

Sitges Next’s organization is finalizing its lineup, structured around professionals from different fields of communication, all well-known for their projects and talent in innovation. Next week, the lineup will be complete, as well as the schedule for the different talks, debates and presentations. Five new names have joined the list of speakers.

Germán Silva is the CEO at Pink Lab and has been acknowledged as one of the three best creative directors by Control Mag. He is also the highest ranked Spanish professional on the list of the planet’s best creative directors. He had previously worked at Young & Rubicam, Euro RSCG and Armando Testa. And he’s won more than 500 sector awards.

Pau García is a founding partner and director at Domestic Data Streamers, one of the most promising creative studios in Barcelona, and the only one in Spain that just a few weeks ago participated in the Arts Electronica festival in Linz. He is also a partner at Akerblom Studio, associate professor at the Elisava school and member of the scientific committee for the Digicom convention.

Alba Vence is creative director at the Lady Brava agency, which opened in Madrid last year and has already developed projects for Ibai, Johnny Walker and La Casa de Papel. Alba Vence has won a long list of advertising awards and teaches at the Madrid Content School. She previously worked at FCB, Proximity Barcelona and MRM//McCann.

Alfonso García – Valenzuela is CCO and CINO at Mediabrands Content Studio. Previously, he was general manager of the Brands Experience Studio for Prisa, director of the Creative Transmedia division at Arena Media and general manager of Havas. He has also worked at Tiempo BBDO and McCann Erickson. And he’s a professor at the Madrid Content School.

Mathieu Felix is CEO and creative director at TigreLab, a creative studio specializing in the development of projects where design, interactivity, technology and scenography all come together. He’s a designer, specializing in 3D.

Sitges Next is an initiative of the Sitges Town Council, organized by the Sitges Next Association: it’s a festival dedicated to promoting innovation in the communication of brands, agencies, start-ups and technological creators. Two days to establish connections, receive input and inspiration, with the objective of making an important contribution to the transformation of the way we will be communicating over the upcoming years. The Sitges Mercat (Old Market), the Maricel Palace and the Stämpfli Foundation will be the three Sitges Next 2022 venues. 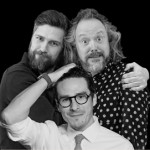 Three Creatives Who Are World References Will Be at Sitges Next 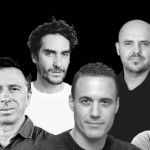