Sitges Next rewards talent and innovation in communication

The Sitges Next festival, dedicated to new trends in communication and new media, begins its countdown announcing its year “zero” award winners. Sitges Next will be taking place on April 17th and 18th and will consist of a program made up of conferences and workshops offered by leading international professionals.

The awards given by Sitges Next are divided into twelve categories bringing together the latest in the field of communication, design, advertising and new technologies.

Ash Thorp is a graphic designer, illustrator, creative director teamed up with Filipe Carvalho, art director and designer, to create a respectful homage to Shirow Masamune’s manga and Mamoru Oshii’s seminal film Ghost In The Shell. Soon, the project had grown in to a worldwide collaboration between over 30 different creatives and technical experts.

New York-based graphic designers Jessica Walsh and Tim Goodman were friends, both single and dissatisfied with their own dating habits decided to date each other and see what happened. 40 Days of Dating, a blog documenting each day of the experiment in thorough and visually delightful detail, has now drawn over ten million unique visitors to the site.

Mau is a graphic designer and visual artist shooting crazy motion and design concepts. He made his audience fall in love with motion all over again, recently in his video for Spoon. Mau represents a strong emerging talent, bold and experimental. He will be creating the official Sitges Next Main Titles for 2015.

A creative and digital agency who has been shaping culture for nearly 20 years, have teamed up to create Stanley; the world’s first instrument to have a conversation with its audience and field its own song requests. The team re-imagined a forgotten technology as a simple interactive experience that connects people and music and in new way. The player piano that can read your tweets and play any song you send his way.

An independent, creatively driven advertising agency that creates strong and provocative concepts. “Together” forms a campaign for Nike exploring the return of Basketball player LeBron James’s to Cleveland. With a new team and his city behind him, together is the only way.

The Mingarro brothers, Juan (1978) and Alejandro (1981) were born in Huesca, and spent their childhood in Binéfar, drawing comics, building vehicles for their action figures and shooting movies with his domestic camcorder. In 2006, they founded Brosmind studio and stablished in Barcelona. Their style is fresh and optimistic and always uses fantasy and humor. Currently they combine commercial illustration with personal projects involving multiple disciplines, such as sculpture, music or video.

With a number of small offices in Europe and the U.S., our principals represent multiple cultures yet are dedicated to a singular mission: to define how companies are perceived in the world, so they can stand out and succeed. We offer creative strategy and design for all kinds of clients from boutique businesses and start-ups to multinational corporations.

Pedro Reyes and Cocolab, a media studio in Mexico city have created an orchestra of instruments made from decommissioned weapons that the Mexican army acquired from drug cartels. The series, entitled Disarm, is made up of eight instruments created in collaboration with a team of musicians and Cocolab. Within this project a fundamental transformation takes place: agents of violence are transformed into life and creation tools. Weapons lead to the generation of musical instruments.

Based in Barcelona, Hungry Castle is the creative studio featuring Dave Glass and Kill Cooper that specialize in creating public art and fashion which they call Cool Shit. Working collectively since 2011 the goal has always been to make big, playful things of cultural impact and use design thinking in a way that truly engages people.

Ustwo is the studio behind Monument Valley, one of the best videogames for mobiles and tablets launched last year, a huge bestseller with a design based on impossible geometry puzzles. A strangely beautiful digital game.

Paper is a New York magazine dedicated to fashion, pop culture, nightlife, music, art and cinema. In November 2014, its cover with a naked Kim Kardashian travelled the world over and stirred up all the social networks under the #BreakTheInternet hashtag.

Founded in an old garage in Barcelona, this agency strives to put an end to conventionalisms through multifaceted creations. Their Wonderwood campaign for the perfume from the Japanese fashion brand Comme des Garçons is a good example of their philosophy. 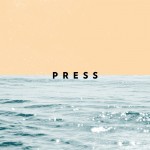 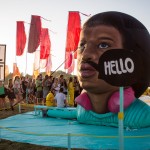