The sixth edition of Sitges Next will be bringing together a wide-ranging list of leading names in advertising, who will be addressing the current challenges of innovation in communication in a format that includes presentations, dialogues, and case studies. The line-up -under the leadership of Nel·lo– will finalize its definitive list and schedule next week. Tickets go on sale Monday, October 18th.

Sitges Next will be held in an in-person format on November 11th and 12th at three emblematic Sitges venues: the Mercat Vell, the Maricel Palace and the Stämpfli Foundation. The Festival is organized by the Sitges Town Council and the Sitges Next Association.

TONI SEGARRA. He is the only Spaniard on Shots magazine’s list of the 100 top creative minds and Forbes magazine includes him on its list of the 25 most influential people in Spain. He has received numerous awards for his work with BMW, Evax, Ikea or Vueling and countless awards at national and international festivals, such as the Grand Prix at the Cannes Film Festival, Gold, Silver and Bronze Lions, the Grand Prix at the New York Festival, the London Festival, the FIAP. In the National Creativity Awards of the Club de Creativos, he has garnered the highest number of awards in the competition’s history. Together with his partner Luis Cuesta, he currently runs the consulting firm Alegre Roca.

JOSEP MARIA PIERA. He has won numerous awards, including the Grand Prix at the Cannes Advertising Film Festival with a commercial spot for Talens Spain and the Grand Prix at the San Sebastian Advertising Film Festival. He has worked for clients including The Coca-Cola Company, Macy’s, Telefónica, El Corte Inglés, Audi, La Caixa, Adidas BV, Planeta, Turismo de Cuba, Open Bank, Swatch, and the Barcelona City Council. In addition, in 1994 the Coca-Cola Company named him a founding member of its Agency Steering Committee and, in 1999, the newspaper El País included him on its list of The Twenty Spaniards for the 21st Century as the only advertising executive. In 1986 he was appointed to the Board of Directors of RCD Espanyol and became the youngest director of a First Division soccer club in Spain.

PANCHO CASSIS. Chosen by Adweek as one of the 100 most creative people in the world. Winner of his first Golden Lion at the age of 22, he has already garnered more than 50, in addition to 450 other awards and 36 major prizes in some of the most important festivals in the world, such as the Effies, D&AD, One Show, Clio, among others. He was recently named Creative of the Year at El Ojo de Iberoamérica and member of the Ogilvy World Council.

EVA SANTOS. She was the second Spanish professional in history in taking a global leadership position. Former Chief Creative Officer at Proximity Spain and CCO at Proximity Worldwide, she was named Spain’s Advertising Person of the Year (RAE) and was included in the Forbes Creative 100 list of global creative leaders in business and in Adweek’s Creative 100. She is considered one of the 10 global creative leaders who are reinventing advertising and the advertising industry. She has been a juror for the most important creative festivals and throughout her career has garnered more than 200 national and international awards. Between 2017 and 2020 she was president of the Inspirational Festival.

ISAHAC OLIVER. General Creative Director and partner of &Rosàs, with more than 20 years of experience in brands including Cupra, Seagram’s Gin, Mahou, Pepsico, Uniqlo, Decathlon, Nike, SEAT, Audi, Volkswagen, BMW, Dewar’s, etc. He has received awards including Cannes Lions or the Grand Prix from the Club de Creativos, as well as other awards at El Sol, Laus, NY Festivals, Eurobest, Inspirational or the Eficacia. He has also been a jury member for international competitions such as Cannes Lions, Eurobest, the Club de Creativos or the Eficacia.

RAQUEL ESPANTALÉON. She is Head of Strategic Planning at Sra. Rushmore, where she works for brands including Vodafone, Lowi, Once, El Corte Inglés, Iberdrola, Domino’s, etc. She has always developed her career in the field of strategic planning or brand consulting at agencies such as Lintas, Grey Trace, JWT, FutureBrand, McCann and DDB. She is a regular speaker for different Master Degrees and has been a member of the board of APG Spain since its creation.

PABLO MUÑOZ. More than 20 years of experience working in advertising and entertainment. He is currently a Founding Partner of Cøllage Network, a company of collaborative inspiration, totally in tune with his way of seeing the world of brand entertainment.

VÍCTOR GUTIÉRREZ DE TENA. He has always worked in brand strategy for the agencies Grey, Archibald Ingall Stretton, Havas Media and, until recently, as director of marketing for Heura Foods. A professional career that has allowed him to see different marketing perspectives and to have a vision of the future.

ELVIRA ARZUBIALDE. A fan of creativity and innovation as a driver of differentiation and a strong advocate of teamwork. She has worked as a creative at McCann and IPublica and led specialized health and wellness teams at McCann Healthcare, Sudler, Ogilvy Health, WPP Health and currently at VMLY&Rx.

JOAQUIM RAMIS. He has been working for more than 25 years in various areas of precision marketing both on the client side (Montblanc Spain, Agrolimen) and in agencies (Lorente Estrategias de Venta, Proximity where he was CEO and founder of the Barcelona office). He currently leads the automotive area at Shackleton, as well as the Automotive Innovation Lab, an initiative to generate debate and knowledge in the mobility and automotive area.

SUNDE SASTRE. Creative for different brands, although in such different disciplines that he never found the time to settle into a comfort zone. From that curiosity he arrived at co-creation, first as a necessity, and then as a revelation of collaborating instead of competing at Cøllage, which works for Entertainment.

DAVID TETILLA LLAÓ. He developed his professional career first as a creative and creative director at advertising agencies in Barcelona and New York, and later as general manager of agencies and multinationals in Madrid and Barcelona. He has worked for Nestlé, La Caixa, China Airlines, Daytona Automotive, Roche, Bayer, and the European Commission. He is currently professor of Creativity at the Blanquerna Faculty of Communication at the Universitat Ramon Llull and director of the Barcelona School of Creativity.

BRUNO SELLÉS. Specialist in branding, design, and typography. Since 1997, he is the Founder and Creative Director of Vasava. He has worked for international brands including Apple, Adobe, Nike, and Spotify and has participated in design conferences and schools on five continents.

GIL BLANCAFORT. Founder of Vertically Consulting, Wheelzzz®, LampCourage, Yslandia, CreamCluster, Siting Barcelona, among others. With over two decades of experience in the creative industry, Yslandia was named by the advertising industry and Scopen Consulting as one of the Top 20 exemplary agencies and one of the Top 10 best agencies to work for. He is currently a board member of CdeC and also serves on the board of AEP Spain. He has been a member of the jury at Cannes Lions, CdeC, El Ojo de Iberoamérica El Sol, FIAP, New York Festival, Inspirational, LisbonAd, Fepi and Sitges Next, among other festivals.

OLIVIA WALSH. Founding Partner and Chief Creative Officer at Apple Tree Communications, she heads the agency’s creative team and is a specialist in strategy and development of creative concepts for brand campaigns. This year she was also a member of the jury for the Wina and El Sol awards, in addition to being the President of the ASPID awards. Altogether she has judged more than 400 campaigns.

JOSÉ OLIVARES. Specialist in strategic planning and creativity in transmedia environments with more than 25 years of experience at multinational consulting firms and agencies, including DDB, Ogilvy, Territorio Creativo, Kreab or FCB for clients including McDonald’s, Heineken, Toyota, Toys’R’Us or Movistar, with which he has won awards at advertising creativity festivals such as El Sol, Cannes Lions, El Ojo de Iberoamérica, London International Awards or Eurobest. Member of the APG and the c de c, where he was also a member of its Board of Directors in the Training Commission.

DANIELA MCARENA: Just 24 years old, Daniela McArena has managed to turn Tik Tok into an attractive option for entrepreneurs. The Founder of Ac2ality is the architect of the #EmprendedorZ contest, with which the social network has decided to support each of the five selected projects with 10,000 euros. At present, her media outlet has almost two million followers. 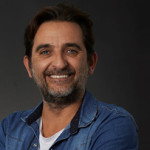 Sitges Next is preparing its sixth edition, to be held on November 11th and 12th

Sitges Next 2021 Presents an Innovative Campaign, Fusing Date and Art